Five brand new duvet covers and 2 new sheets. Three old sheets, a pillow case and a sock. Six all day volunteers, and one indie media volunteer for a few hours.


A Horizontal Examination of Capitalism's Hierarchy

- despite 'time is money', time is actually yours. 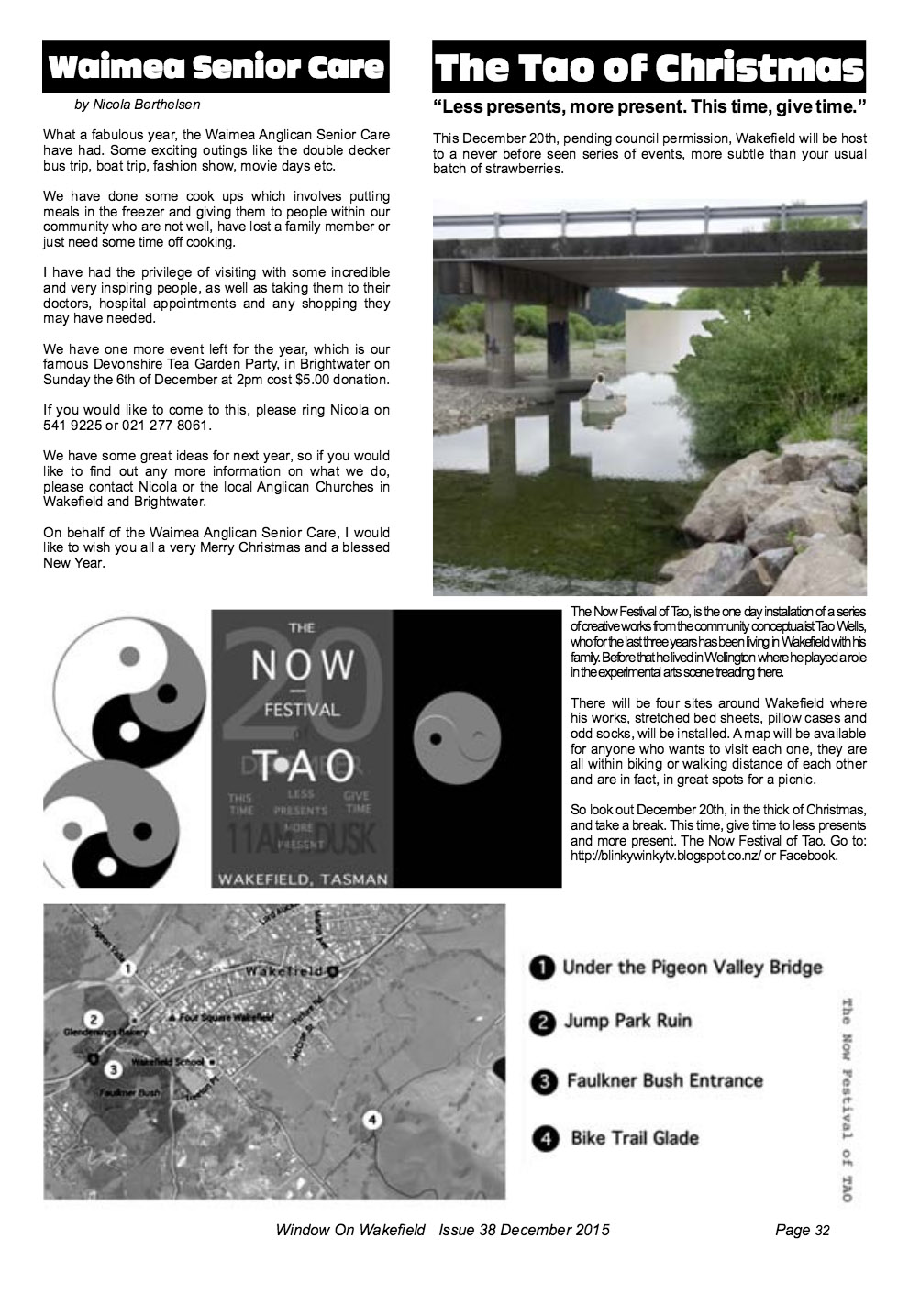 A Horizontal Examination of Capitalism's Hierarchy.

"The operation can be summarized like this: An entity in its death throws sacrifices itself as a content in order to survive as a form.

The fragmented individual survives as a form thanks to the 'spiritual' technology of counseling. Patriarchy survives by attributing to women all the worst attributes of men: willfulness, self-control, insensitivity. A disintegrated society survives by propagating an epidemic of sociability and entertainment. So it goes with all the great, outmoded fictions of the West maintaining themselves through artifices that contradict these fictions point by point. "

- Seventh Circle, "We are building a civilized space here", The Coming Insurrection - The Invisible Committee

The operation can be summarized like this: Art in its death throws sacrifices itself as a content in order to survive as a form of money.
Art survives as a form thanks to the 'financial' technologies of art. Art survives by attributing to men all the worst attributes of art, willfulness, self-control, insensitivity. A disintegrated society survives by propagating an epidemic of art entertainment. So it goes with all the great, outmoded fictions of the West maintaining themselves through art that contradict these fictions point, by point.
The content, maybe decoration on a merrigo round, or another round of information for your enjoyment. Or something irrelevant. The style of ones respect for all life, measured in the taste you can afford.

I can try to articulate this taste 'form', content free and aligned with fiction points that don't pick up  capitalism's contradiction engines. Engaged, the machine is visible.

Places that are the opposite of the christmas rush.
Alternative, try it out, see if it is not that bad.

You have afforded me the time and money to make my work, and my work is an effort to show you and myself what I see from the position of being helped by you.

The sharing dimension of life, despite capitalisms time is money, time is actually yours. And there are many different platforms for you to survive on. Even flourish.

Where we each have this point in our lives we are holding on to something bigger.

The Real News, and Democracy Now both exist because of donations, gifts given, resources shared.

If I'm the boss and the worker, it's all about timing, the right time. Simultaneously, contrasting, relaxing, with reveling in anticipation. Enough, until inner momentum hums, spills over into effortless action.

Usually the question Is it art? arises when faced with such weirdness.

I would like to suggest another question, If everything is art and everyone is an artist, what is this the art of?

That you see? What do you see?


Six all day volunteers, and one indie media volunteer for a few hours.

What could this be the art of?

The Now Festival of Tao, asks this X-mas, “Less presents more present, this time give time”

Times money, is yours

See you next year, possibly.

Window on Wakefield, a local volunteer paper, story about us on page 28. November 2015 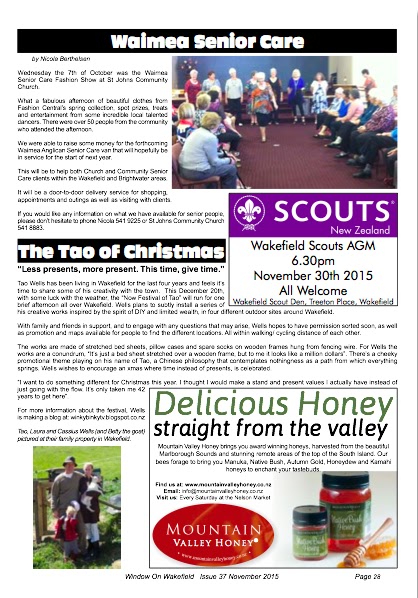 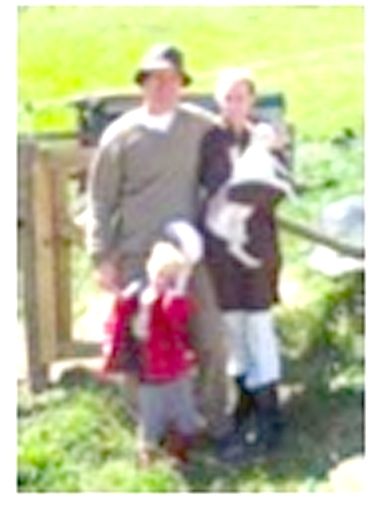 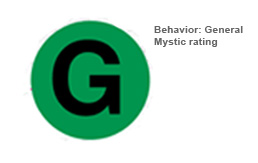 Tao Wells has been living in Wakefield for the last three years and feels it’s time to share some of his creativity with the town.

This December 20th, with some luck with the weather, the “Now Festival of Tao” will run for one brief afternoon all over Wakefield. Wells plans to subtly install a series of his creative works inspired by the spirit of DIY and limited wealth, in four different outdoor sites around Wakefield.

With family and friends in support, and to engage with any questions that may arise. Maps are available for people to find the different locations which are all within walking/ cycling distance of each other.

The works are made of stretched bed sheets, pillow cases and spare socks on wooden frames hung from fencing wire. For Wells the works are a conundrum, “It’s just a bed sheet stretched over a wooden frame, but to me it looks like a million dollars”. Wells also intends to debut a new template, "trouser pocket".

There’s a cheeky promotional theme playing on his name of Tao, a Chinese philosophy that contemplates nothingness as a path from which everything springs. Wells wishes to encourage an x-mas where time is taken to do "nothing".

“I want to do something different for Christmas this year. I thought I would make a stand and present values I actually have. It’s only taken me 43 years to get here”.

Now Festival of Tao is grateful for the moral support and permissions from The Focus Wakefield Committee, the Nelson Tasman Cycle Trails Trust, the Tasman District Council Horticulture Officer and the TDC Transportation Manager. - Thank you.